The west of Iceland is highly recommended, and even if you are only staying in Reykjavík, you can explore this region. 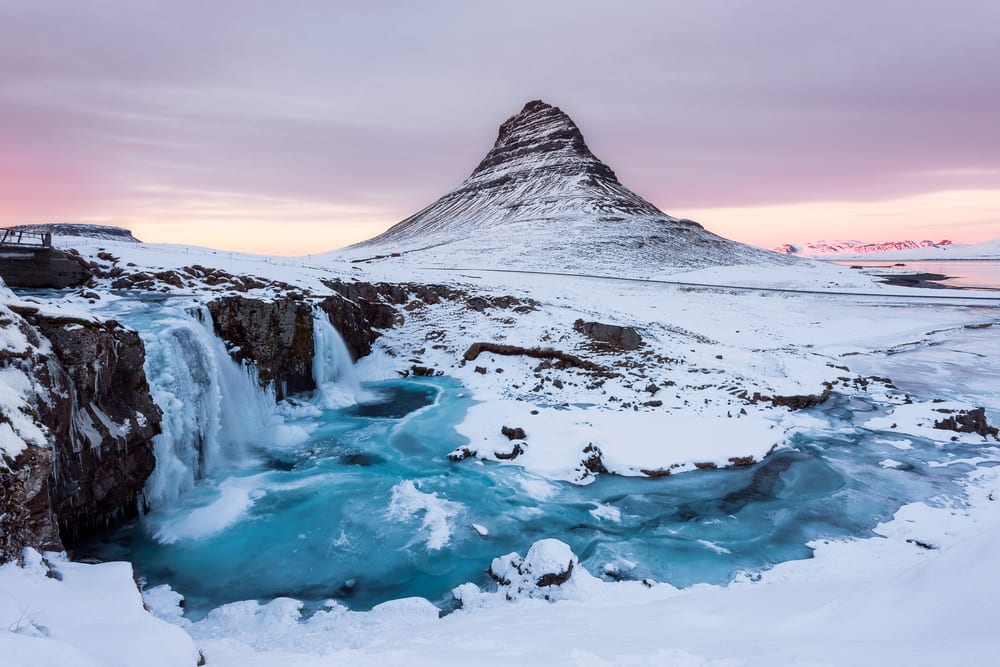 As you head towards the town of Borgarnes, you have the choice of taking the tunnel underneath the sea, or we recommend taking a one hour detour into Hvalfjörður (whale fjörd). At the fjörd‘s deepest part, you will find the trail to Glymur, one of Iceland‘s tallest waterfalls. This trail opens in the summer, and is one of the trails we recommend that is within a short driving distance from Reykjavík.

Whether you take the tunnel, or drive in and out of Hvalfjörður, you can then choose to visit Akranes. This is a small fishing town with a nice beach and it‘s old lighthouse offering a perfect photo opportunity. You can then continue to Borgarnes, the home and final resting place of Egill Skallagrímson. Egill was a warrior and poet, and one of the first settlers to Icelandand. There is no shortage of a tale or two about him., even featuring in his own story, Egill’s Saga. You can visit the Settlement Centre to learn more about him and the first settlers.

If you decide to travel more inland, then you can head to the Borgarfjörður region, and it‘s two most famous waterfalls, Hraunfossar (Lave Falls) and Barnafoss (Children‘s Falls). Hraunfossar is very unique, because the meltwater from Langjökull glacier filters through the porous lava rock. This oxides the water and turns it a beautiful, electric blue. Next to Hraunfossar is Barnafoss, where it is said that two young boys accidentally fell into the rapids below whilst trying to cross a stone bridge, and it claimed their lives. In grief, their mother placed a curse on the bridge, so that anyone who tried to cross it would never make it to the other side and would also meet their doom. An earthquake eventually destroyed the bridge, and the river swallowed it, thus ending the curse.

Deildartunguhver is the largest hot spring region in Europe, and the baths at Krauma are a popular place to enjoy a warm, relaxing soak in water directly from the source. You can also take a short walk to the Canyon Baths at Húsafell, a bathing experience recently constructed in the nearby nature using old methods that constructed Snorralaug, the small pool at the centre Snorrastofa in Reykholt. Snorri Sturluson was an Icelandic chieftan, historian, politician and poet, and Reykholt is his resting place.

Húsafell is where you can access the glacier of Langjökull, the second largest glacier in Europe. It is possible to take a trip into the glacier itself, and the crafted ice tunnels below to learn all about how glaciers form.

To the west is the Snæfellsnes peninsula. Where you will travel around the stratovolcano, Snæfellsjökull. This volcano was first made world famous in literature in the 1864 classic Jules Verne novel, Journey to the Center of the Earth. In the story, it is believed the Snæfellsjökull volcano is the starting point that leads you to the centre of the earth itself, thanks to the writings of Snorri Sturluson (remember him?) We would like to remind you that this was a work of fiction, so we don‘t recommend trying to find this out for yourself.

Here, you can visit Ytri-tunga, a popular place to go seal spotting. They frequently gather here, and don‘t seem particuarly bothered by visitors, as long as you keep a safe distance. 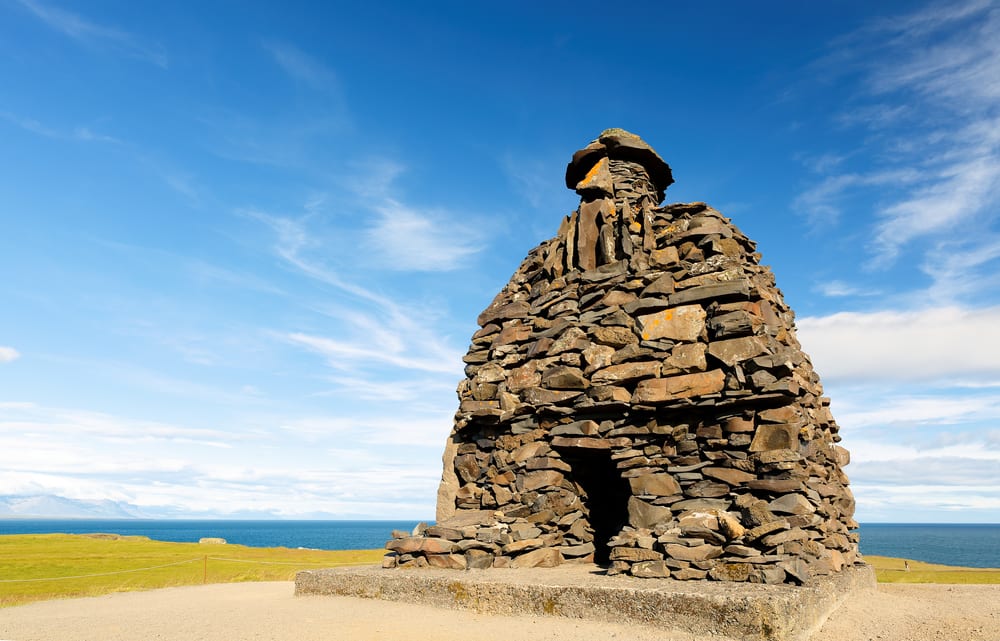 You can continue on to Arnarstapi, where you will be greeted by a monument to Barðar Snæfellsás. Barðar was a half-man, half-giant, and the protector of the Snæfellsnes peninsula.

Vatnshellir cave is a recommended stop on your journey. This is an 8000 year old lava tube. Lava tubes are created during a volcanic eruption and subsequent lava flow. As the top layer of lava hardes, the lava in the centre continues to flow and eventually drains away. What you are left with is a subterranean labyrinth of lava rock chambers .

Djúpalónssandur is another of Iceland‘s black beaches, where you will also find the stones of Dritvik. Here, you can test your strength by attempting to lift any of them and see if you are Fullsterkur (154kg), Hálfsterkur (100kg), Hálfdrættingur (54kg) or Amlóði (23kg). We recommend Amlóði, and see where you go from there (I would perhaps give Fullsterkur a miss) 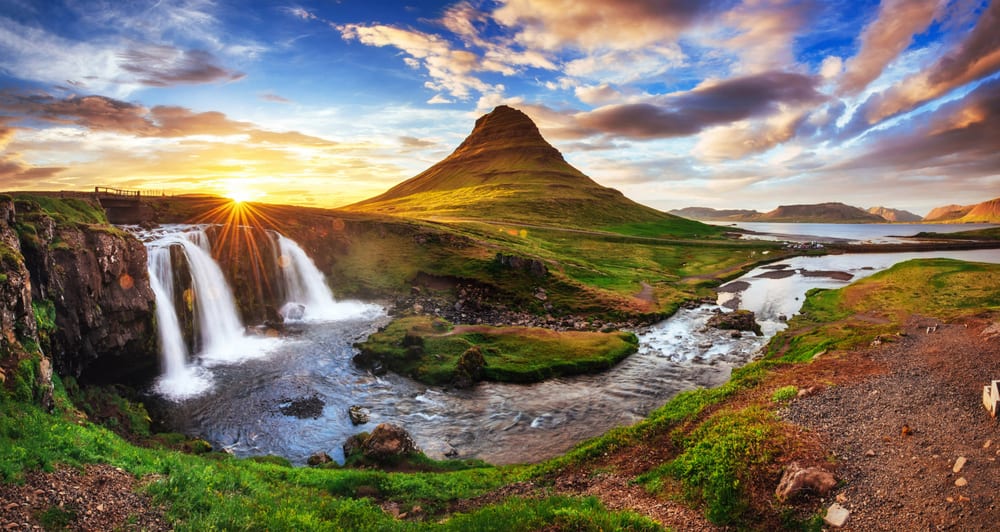 Kirkjufell is known as the “the most photographed mountain in Iceland”, for reasons that become obvious when you arrive. Recently, it has gained more popularity as the “Arrowhead mountain” in HBO series, Game of Thrones, which was also filmed on Snæfellsjökull glacier for their battle against the White Walkers. The mountain stands proud and with the beautiful Kirkjufellsfoss nearby, it makes for an irresistible photo opportunity.

There are many charming towns in this peninsula, for example Ólafsjörður, Grundarfjörður and Stykkishólmur. You can also visit Bjarnarhöfn shark museum. This is definitely the best place to try hákarl, the infamous fermented shark. The shark itself is normally Greenland shark, which has to be specially processed and dried before it can be consumed. Otherwise its meat is poisonous. After this process, it can then be safely consumed, but the question is, do you want to? It has an extremely powerful taste and aroma of ammonia. It is traditionally eaten with a shot of the local aquavit, Brennivín or “Black Death”. Rotten shark and Black Death may sound ominous, but we do recommend trying it for the bragging rights alone.

If you would like to visit West Iceland, then you can see all of our Reykjavik based and countryside tours that visit this area. 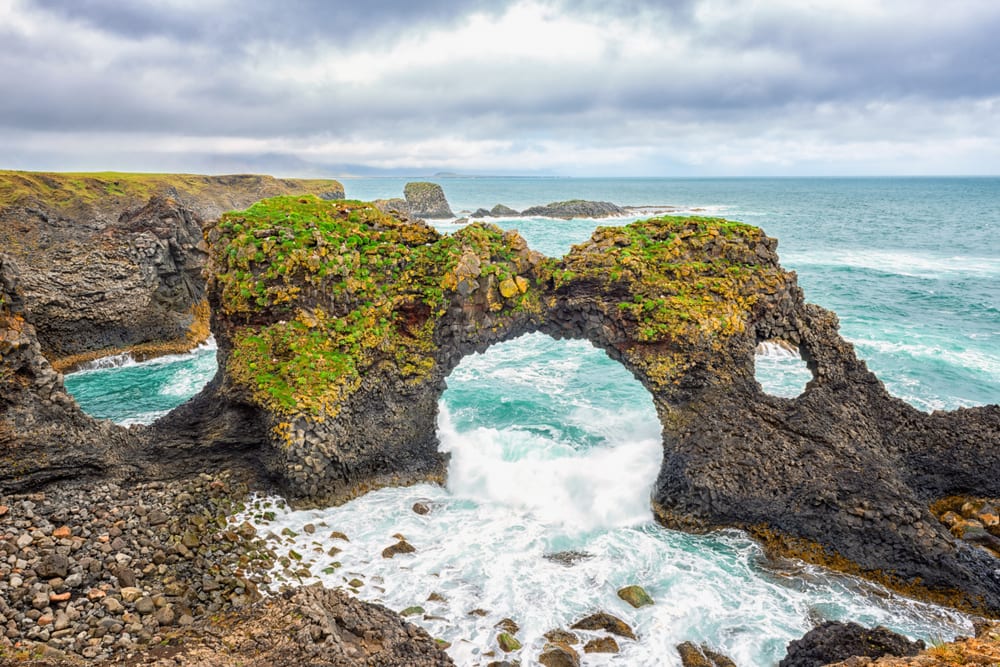 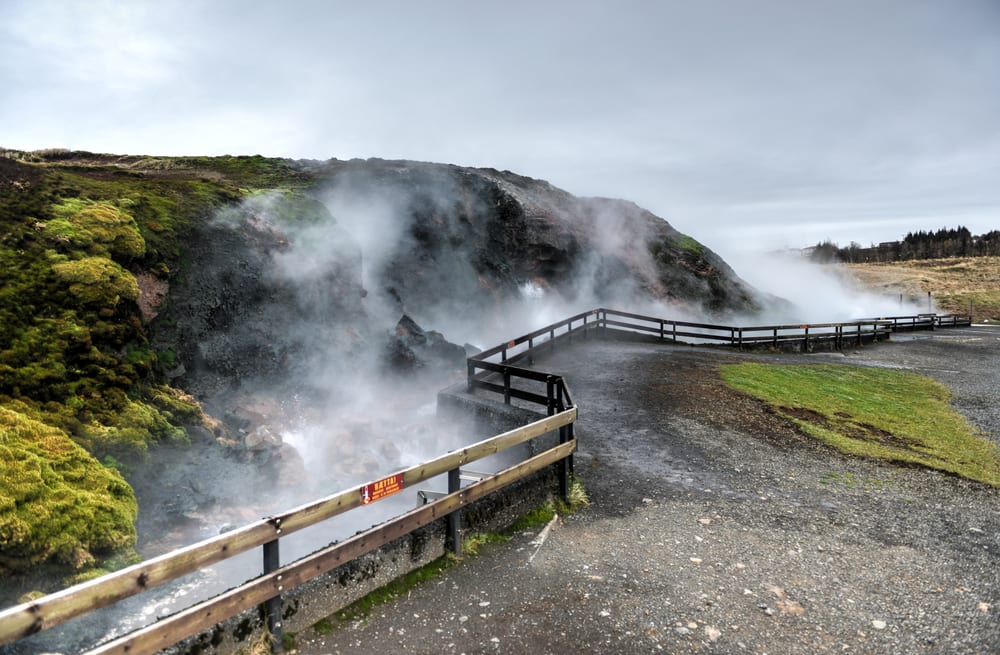 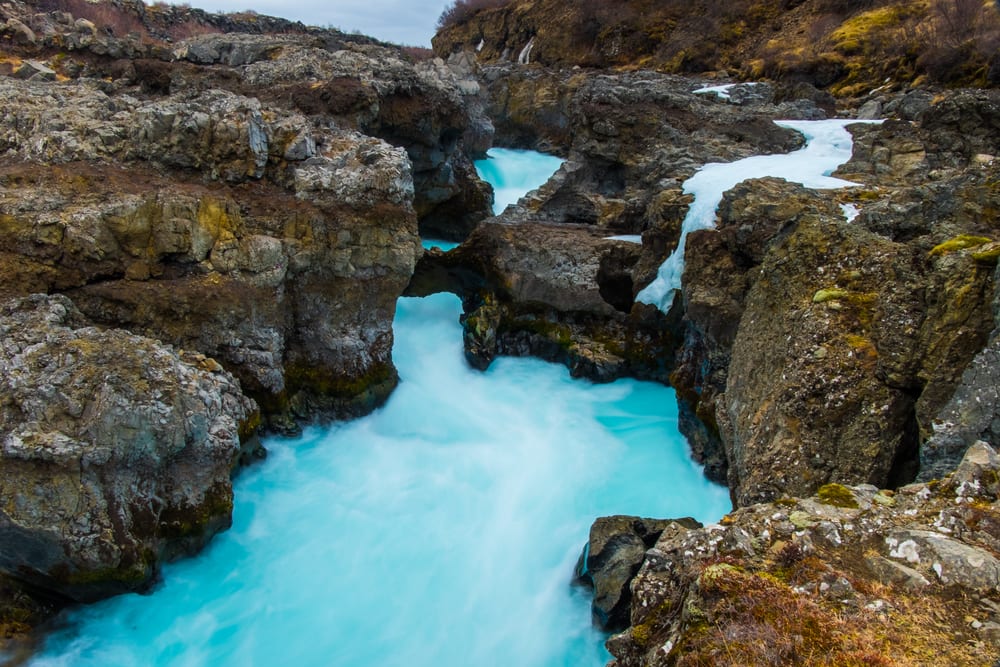 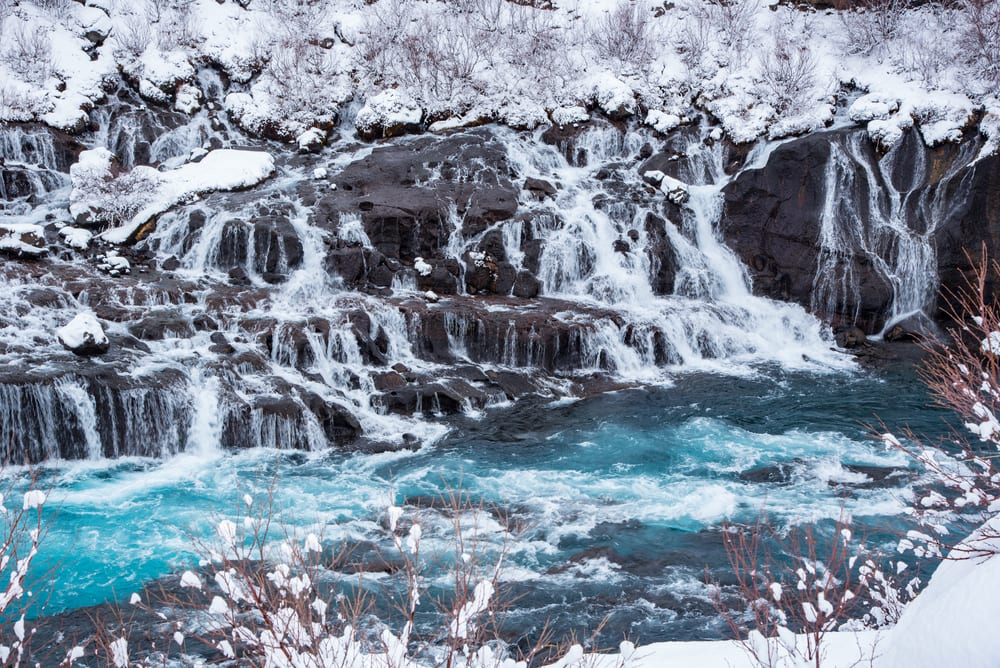 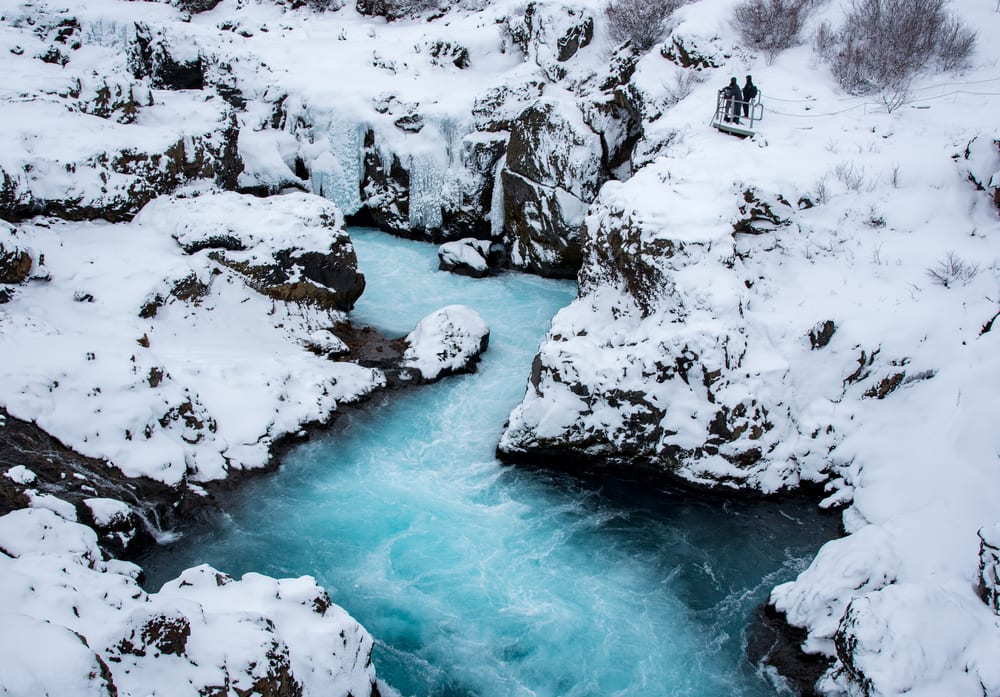