The North of Iceland is also a very popular region of the country, and what it has, it has in spades. The “Capital of the North” and Iceland‘s second largest town, is Akureyri. 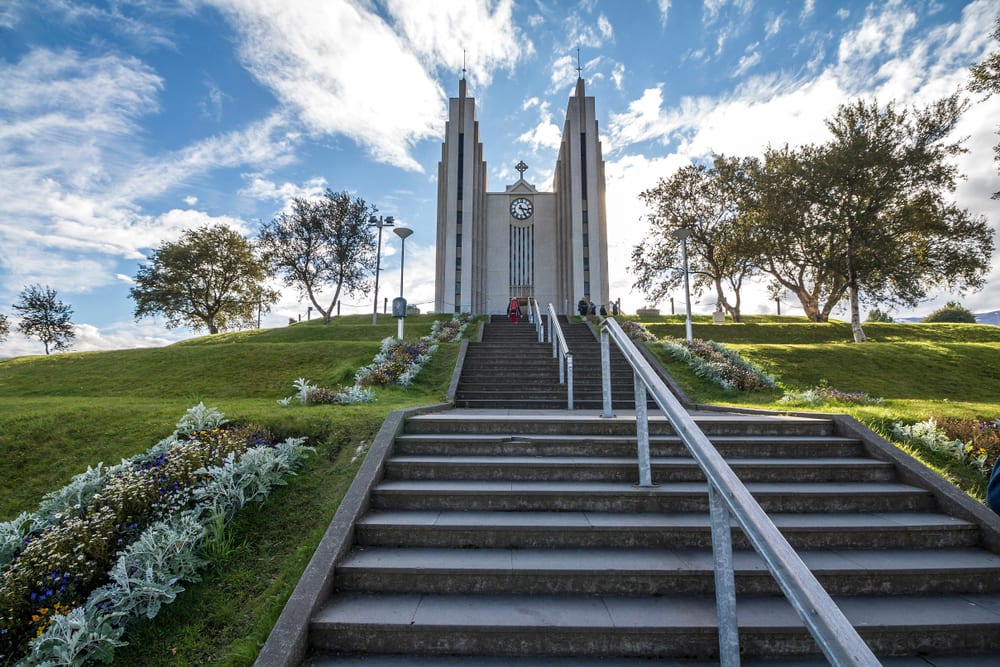 A lively and charming town, with it‘s beautiful church as its landmark. Akureyri is a 5 hour drive from Reykjavík, or a mere 45 minutes flight away, so it is very accessible and this makes the North of Iceland a highly recommended stop on your schedule. Within a day‘s reach are a myriad of gorgeous gems.

Whilst the south of Iceland has the Golden Circle, the north offers the “Diamond Circle”, starting with Góðafoss (Waterfall of the Gods) is perhaps the most historically significant waterfall in Iceland, as it is said that effigies of the old gods were cast into the falls when the vikings converted from heathenism to Christianity in 1000AD. It‘s also a pretty spectacular place.

Close to Góðafoss is the alien-like landscape of Námaskarð. Here, the earth is alive with bubbling pools of sulphuric mud, where fumaroles surround you in this bizarre, but no less beautiful, landscape. Dimmuborgir or, “Dark Cities” is a mysterious labyrinth of citadel-like lava formations and nearby Lake Mývatn is where you will find the Mývatn Nature Baths, a Northern alternative to the famous Blue Lagoon.

In the North, you will also find the canyon of Ásbyrgi. The canyon itself resembles a horse shoe, and legend has it that the the horse that left its mark here was none other than Sleipnir, the horse of Odin. Nearby, you will find Dettifoss, Iceland‘s most powerful waterfall and perhaps the most powerful waterfall in all of Europe. It is pretty difficut to describe the incredible impact of this place, so it can only really be experienced in order to gain a little perspective of the true forces of nature.

North Iceland is also home to many remote and utterly charming towns and villages. From Siglufjörður, to Dalvík, Sauðarkrókur, the list goes on. However, there is one town around an hour‘s drive from Akureyri that offers incredible opportunities to see Iceland‘s titans of the sea. 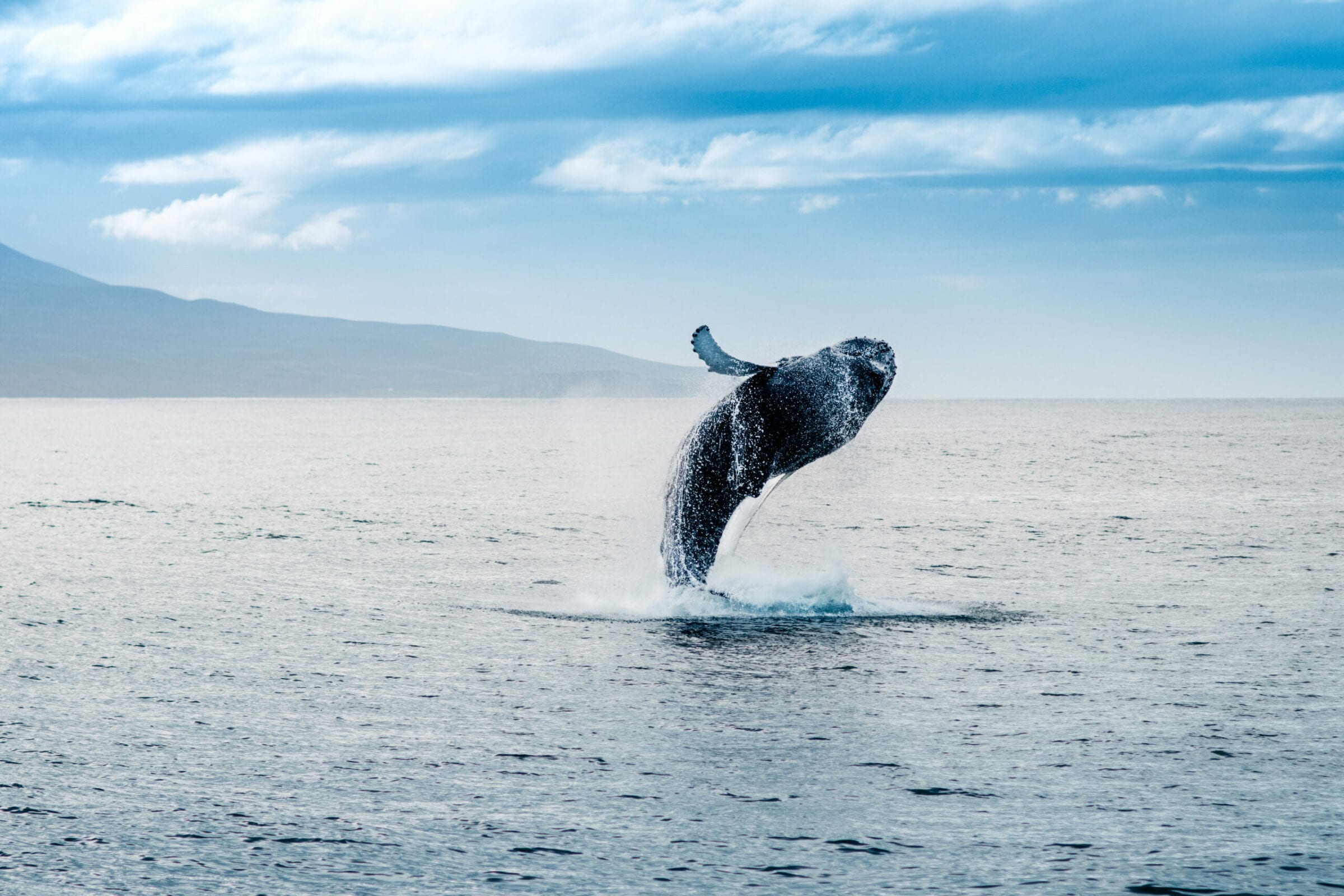 Húsavík is the “whale watching capital of Iceland” and here you can embark on one of the town‘s popular whale watching tours. You are almost guaranteed to see all manner of whale species through different seasons. Humpbacks, minkes, sperm whales, pilot whales and even the largest animal on the planet, the blue whale. Also, don‘t forget dolphins and porpoises, as well as the good old puffin making another appearance, as they often do.

Húsavík also featured more recently in the Netflix movie Eurovision Song Contest: The Story of Fire Saga, where the two main characters, played by Will Ferrel and Rachel McAdams, hope to do their town and country proud by winning the Eurovision Song Contest. The song “Húsavík (My Home Town)” was officially nominated for an Oscar at the 2021 Academy Awards, and stands a good chance of winning.

Did you know that Iceland is, technically, in the Arctic Circle? The island of Grimsey is the only part of Iceland which falls within the Arctic Circle, and so taking a flight or boat trip to this tiny island means that you can officially consider yourself an arctic explorer.

It is in the North of Iceland where you will also find the “troll rock” Hvítserkur, which looks like perhaps more like an elephant drinking from the sea. Or, you could visit a fascinating “work in progress” the Arctic Henge at Raufarhöfn. 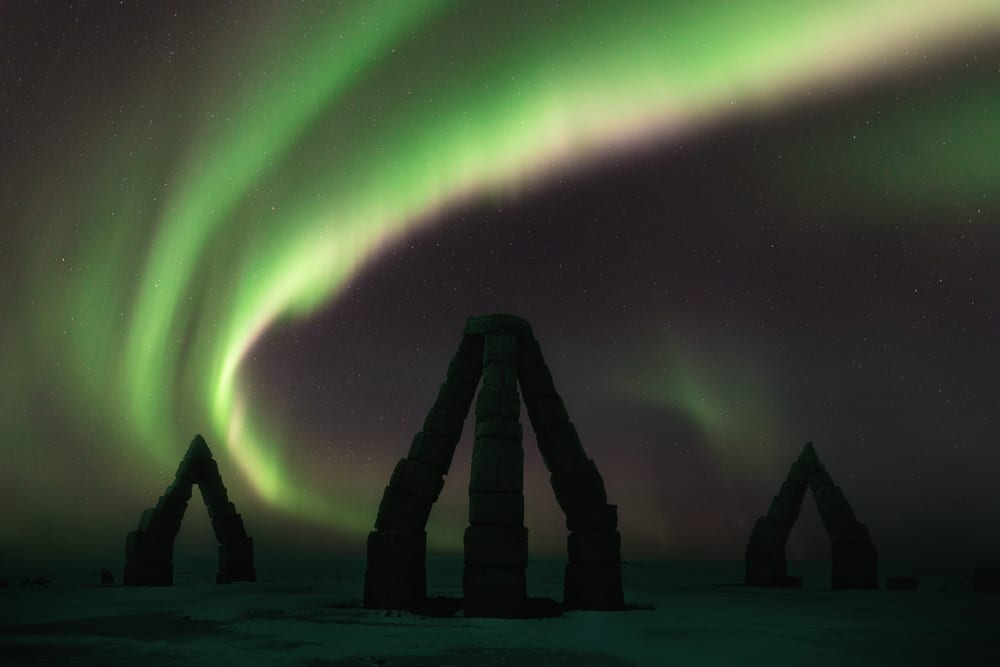 This is a stone monument designed to depict the “Völuspá” which is a story about the creation of the world and it‘s ultimate destruction, or “Ragnarök” 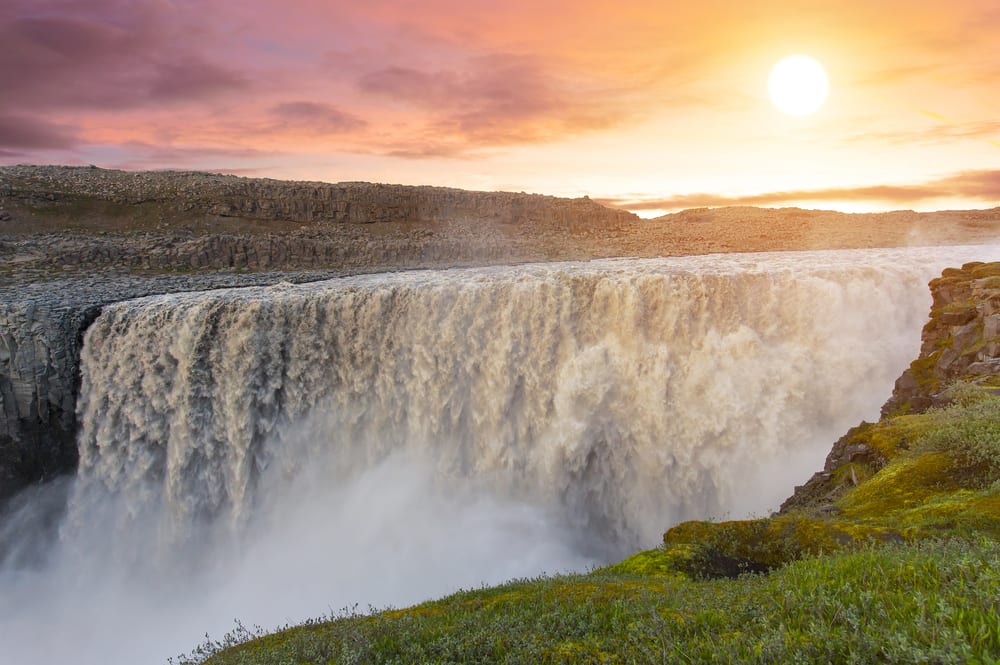